As some of you know, I am currently studying for my Doctorate at Manchester Metropolitan University. Although the study can be challenging, I love the fact that it allows me to read things I would never normally read and meet people I would never normally meet. This week my guest blog post comes from Visiting Research Fellow Martina Street. Have a read and see what you think. 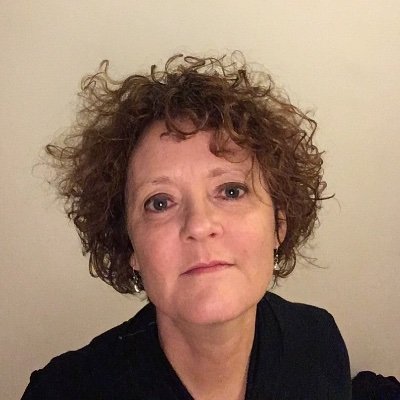 Martina is employed by Manchester City Council and has over 20 years’ experience working in the Early Years sector in low‐income areas. She is also an Associate of the Early Intervention Foundation, and a Visiting Research Fellow at Manchester Metropolitan University where she was recently seconded to support the development and evaluation of the Greater Manchester Combined Authority’s Pathways to Talking project, funded by the Department of Education. She can be contacted at martina.street@mmu.ac.uk

There is no doubt that the Covid pandemic has hit economically disadvantaged families particularly hard. Unemployment has risen, insecure work has become more insecure, and many families find themselves cut off from the informal social support they may have been able to enjoy before the pandemic. Sadly, all these challenges follow ten years of ‘austerity measures’, which resulted in cuts to services that already disproportionately affected low-income families with young children (Stewart & Obolenskaya, 2015).

Last month, in an effort to respond to these growing challenges, the UK government announced a new £700 million plan “to help young people in England catch up on lost learning due to the pandemic.” The plan, endorsed by the outgoing Children’s Commissioner, Anne Longfield, focuses solely on education services to achieve this aim. It included “supporting the development of disadvantaged children in Early Years settings, and summer provision for those who need it most.” In many ways, the UK government’s plan to ‘level up’ and address educational inequalities appears to be well intentioned. Why shouldn’t a child living in poverty in a low-income area like Cheetham achieve as much as an affluent child in Chorlton? To realise this ambition would be to champion social justice, surely? Isn’t education meant to be the engine of social mobility? However, this seemingly impressive amount of new money, which will apparently enable poor children to catch up by the end of the summer holidays, is in addition to decades of increasing investment in Early Childhood Education & Care (Belfield et al, 2018). Yet, in spite of this ongoing investment, the ‘attainment gap’ between children on free school meals and non-FSM, for those leaving school at 16 years, remains stubbornly persistent in most UK regions, the exception being London (Macdougall & Lupton, 2018).

One of the questions this conundrum raises is whether education alone can compensate for the challenges that ever-increasing numbers of families living in, or at risk of, poverty face on a daily basis. In a recent study conducted in one of the most economically disadvantaged areas in England, parents and early years educators told me that children’s well-being, educational outcomes and life chances depended, not only the provision of quality Early Childhood Education & Care (hereafter ECEC), but on the totality of their experiences. The difficulties families faced managing on low incomes were worsened by other problems arising from trying to secure precarious employment, poor public transport, inadequate housing, lack of affordable leisure opportunities, reduced policing and poor health. These issues were, in turn, compromised by years of dis-investment in their neighbourhood (the local shop, parks and youth centre, for example), which historically had few assets anyway. Playing outside in this particular neighbourhood was widely reported by families as being “dangerous”. Witnessing and experiencing the effects of being outside could be seen as increasing children’s opportunities to become involved in crime and anti-social behaviour, for example, or be the victims of it. Families suggested that, consequently, their children’s geographies were being reduced. One parent described Tesco as one of the few local places she could take her children to play. These reduced opportunities to play outside could have influenced children’s desire to play on iPads or watch television, as they had few other choices that their parents were happy with. While some families reported these activities as having some educational value, families on low incomes often struggled to afford the gadgets and new toys they were constantly petitioned by their children, or expected by education settings, to purchase. 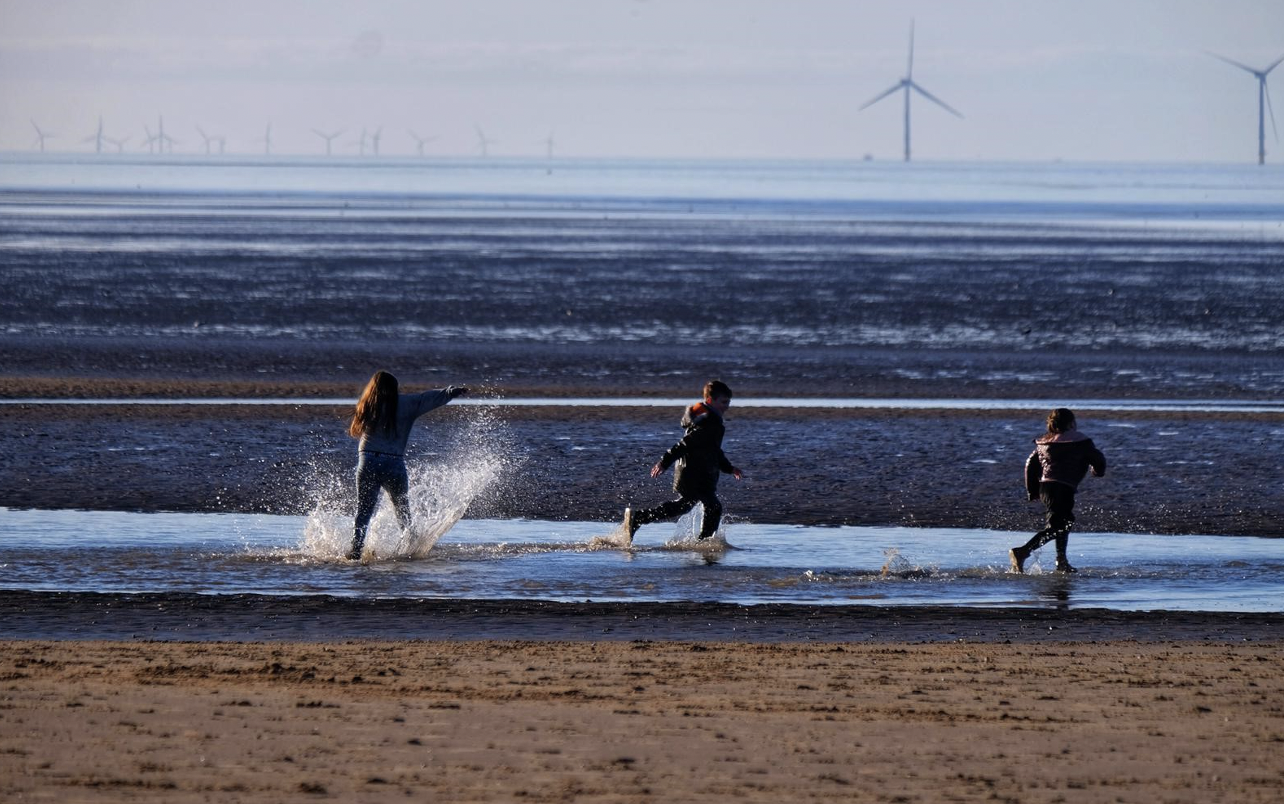 All the parents who participated in the study spoke unreservedly about the importance of resources as means by which their children could achieve well-being. However, and crucially, these went far beyond, but did not exclude, educational credentials. Of necessity too were other resources i.e. personal and/or family incomes, and neighbourhood-oriented resources e.g. schools, libraries and services – such as policing and public transport, safe parks and green space. Parents stated unequivocally that their low incomes combined with the reduction in (quality of) services undermined their (children’s) current well-beings. Lack of resources, in turn, compounded and contributed to the area being “dangerous” and creating a certain “mind-set”. This finding underscores the vital importance of a range of material resources as a means to children’s educational achievement (Cooper & Stewart, 2017).

There appear to be other socio-economic policies influencing the educational outcomes and well-being of families living in low-income areas, and especially those in poverty. However, ECEC policy is currently directed at ‘improving’ ECEC and home learning environments alone (Department for Education, 2018). It is suggested that the importance of “enabling environments” (Department for Education, 2017:6) to children’s educational outcomes and life chances might usefully be extended to include their neighbourhoods. In other words, that not only schools be ready for young children but also that society is ready for young children by providing adequate resources and opportunities to their families and other of their neighbourhood’s residents. The study, therefore, emphasises the continuing relevance of Bernstein’s old adage that education cannot compensate for society (1970). It also underscores the importance of joining up policy areas at national and regional levels, and consequently institutions, for the local provision of quality, affordable and accessible public services and goods including food, transport, housing, health, policing, green space, leisure and cultural services. For example, this study’s findings suggest that investing in the upkeep of local parks might encourage more families with young children to use them. This in turn, might then support children’s educational achievement by providing them with opportunities to play with their friends outside of school. More families with children able to play safely outside might then lead to a growing sense of community safety, and perhaps even a reduction in mental health issues resulting from isolation. In other words, the objectives of one policy would reinforce the objectives of others. This, however, clearly necessitates significantly more investment in low-income areas than is currently on offer, as others have argued (Lupton & Hempel-Jorgensen, 2012:602).

This is not to undervalue the importance of ECEC on young children’s educational outcomes. According to the early years educators who participated in the study, children who were not thriving at school were “socially lonely”. One of the mothers with one child, described her son’s learning (and well‐being) as developing rapidly once he started at his early education setting because he had made many friends and was no longer lonely. Early years educators viewed young children’s well‐beings (and hence their capacity to learn) as interdependent with those of their parents’. It was often not the vulnerability of some of the young children to which they referred, but to that of their parents, prompting one early years educator to comment that parents needed to be supported first.  Some four‐year‐old children were described as having to help their parents. Several practitioners spoke of children who were not present at school (even though they were physically) because of the anxiety they might be experiencing about their parents.

The impact of the Covid pandemic on economically disadvantaged families is huge, and likely to be long lasting. The recovery depends on a government with an ambitious vision comparable to that of the government following the second world war. To what extent will ratcheting up pressure have on a profession, and upon parents and children already exhausted from the impact of the pandemic, many of whom may be experiencing the financial and emotional impact of losing work, and the emotional impact of bereavement and isolation?  Young children’s educational outcomes and life chances may be better served if their educators and parents receive, or are able to access, well-paid work; if their older siblings have access to adequate youth services; if their families and others within their local communities can access safe green space; if they can afford (to travel to) a range of leisure activities; and if sufficient high quality health services are available to them all, free at the point of access.

Early Childhood Education & Care, while important, is only one thread in the broader fabric of services and connections supporting children’s well-being and educational achievement. The strength of the fabric is dependent on all threads being intact. So, instead of children’s ‘school readiness’, a focus on ‘society’s readiness’ may support everyone’s educational outcomes and well-being, including those of young children too.

Thank you Martina, that was a really interesting and thought provoking read. For more information about the research informing this blog post, and potential approaches to the issues raised by it, please see Martina’s article in Children & Society –

Lupton, R. & Hempel-Jorgensen, A. (2012) “The importance of teaching: pedagogical constraints and possibilities in working-class schools” Journal of Education Policy, 27 (5) pp. 601-620