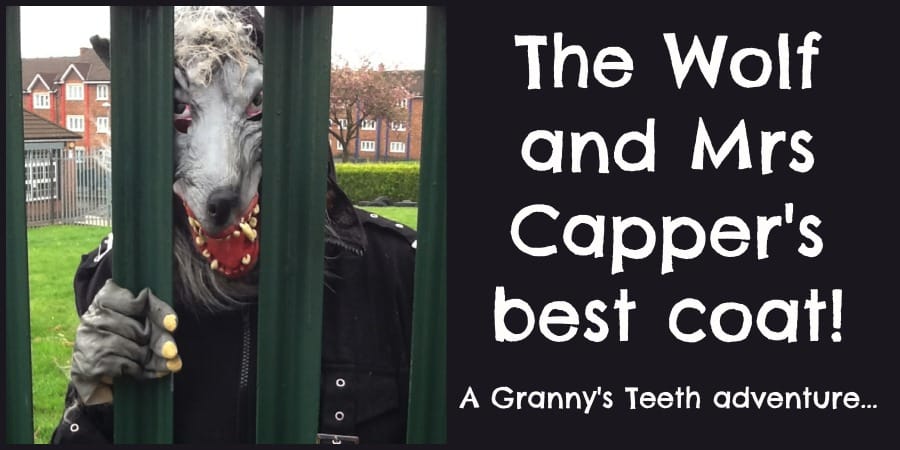 The children at St Vincent’s Catholic Nursery school in Birmingham took pleasure in learning about the story of the Three Little Pigs. During the story they recognised the wolf to be a ghastly character, which would stop at nothing to get the pigs. One child described him as the “wicked big bad wolf”.

The next day when the children arrived at Nursery. They discovered that the big bad wolf had made a detour into the Nursery Classroom and caused Carnage. The children were shocked to find the book corner vandalised. Chairs were upturned on the table. The post office contents were strewn across the floor and the painting area had been misused. This was captured on camera and the children responded with gasps of shock and disbelief because of the vandalism but even more so because the wolf was wearing Mrs Capper’s best coat!

After further investigation the children went outside only to discover paw prints belonging to the wolf on the playground floor and on the walls. They sprang into detective mode and began to offer ideas about what was going on one child feared the wolf was going to come into the Nursery during our learning time.

Inside the Nursery more items appeared to be missing. This was becoming very serious indeed.

The following day the children hurriedly left their parents and rushed in to see if there was any more vandalism in the Nursery and to see if Mrs Cappers coat had been located. They still remained shocked and alarmed from the day before.

Meanwhile Mrs Miller showed the children a parcel that arrived that was in the Nursery post office. The parcel was addressed to the Nursery from the local dentist and it contained a long awaited set of Granny’s teeth. Little Red Riding Hood’s granny had been waiting for these new dentures as her other ones were broken and she couldn’t enjoy her basket of goodies. As a surprise the children wrote letters to invite granny over for a Nursery picnic and there they would present her with her new teeth. They wrote a list of snacks to buy and make. After they placed the teeth safely inside the basket inside the office. And wrote letters asking the local zoo to come and take the wolf. The children went outside with a list of missing objects to retrieve as they were still in search of the wolf. After a matter of minutes they came running inside with Mrs Capper’s best coat. They informed all teachers available that the wolf had been sleeping in the playhouse. The tree near by contained a chair, some missing shoes and Mrs Cleghorne’s lanyard. They offered different ways to get the items out of the tree. We retrieved more items even a large bone and a bowl of ants yuck! We knew then that something had to be done about the wolf.

A day later the children prepared sandwiches and snacks for granny’s visit and placed them in the basket with Granny’s Teeth. Just before granny arrived the children checked the basket of goodies and found that Granny’s Teeth had disappeared and the sandwiches were half eaten. They knew it was the wolf. This was the last straw!

One of the children said “Let’s get some suds and rub them onto the playground floor so that when the wolf comes back the wolf will fall over and bump his head and then we can trap him”. We all agreed that this was a good plan. That afternoon the wolf did return and he walked right into our trap. We were all so relieved. Glad to see that the wolf is now safely locked up behind bars. Good work St Vincent’s Nursery!